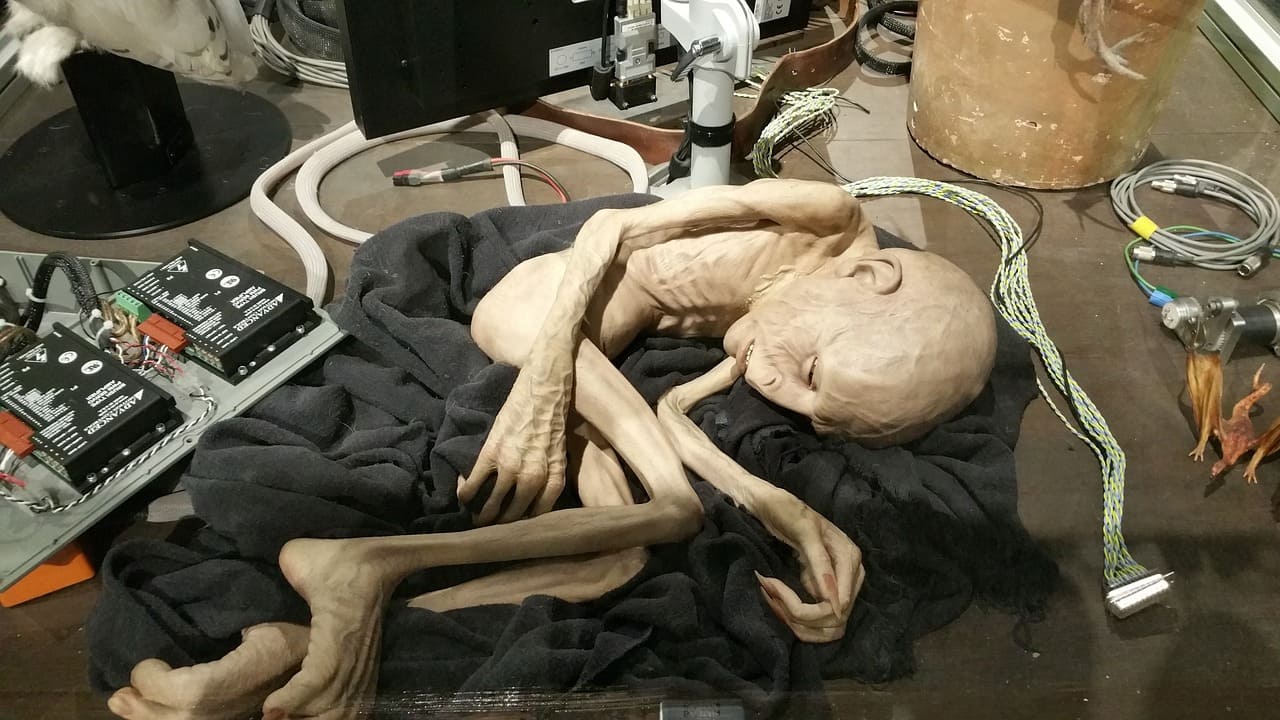 What happened to Voldemort’s nose?

Lord Voldemort gained a massive reputation when he first appeared in the Harry Potter franchise as the cruel villain with deadly intentions. He was so feared by everyone that even pronouncing his name was prohibited and caused panic in the entire Wizarding World. His sharp teeth, pale face, and sunken eyes made everyone freak out whenever he showed up during the films. However, the most intimidating feature of this character was that he didn’t have a nose or at least a typical nose. Instead, he had only two small nostrils with a particular snake shape, but the most exciting thing is that he didn’t always look like this. In this article, we’ll uncover the mystery of why Voldemort doesn’t have a nose, how exactly he lost it and if he ever had one.

Who is Lord Voldemort?

Before talking about Voldemort’s missing nose, let’s talk about him for those who don’t know him. He’s the main villain throughout the Harry Potter saga, and it’s worth mentioning that Voldemort wasn’t his real name all his life; instead, he used to be called ‘’Tom Marvolo Riddle.’’ Tom was born on December 31, 1926, in London, England, and it wasn’t until he was studying at Hogwarts School of Witchcraft and Wizardry that he assumed the identity of ‘’Lord Voldermort.’’ During Tom’s last years at the famous school, he started gaining popularity due to his excellent and flawless skills as a wizard and asked his friends to be called like that. Nevertheless, he didn’t have that scary appearance then; indeed, he was a very good-looking teenager, but that was before becoming a monster.

In the fictional world of Harry Potter, he’s presented as a dark wizard who threatens the security and stability of the magic community. His main objective is to acquire as much power as possible to become immortal through the practice of the prohibited Dark Arts of witchcraft. What’s interesting is that if we translate the name ‘’Voldemort’’ into Latin and Catalan, it means ‘’flight of death’’ and ‘’steal death’’ in French. Everyone fears the witcher a lot that his name is barely mentioned, and most characters refer to him as ‘’He-Who-Must-Not-Be-Named’’ and ‘’You-Know-Who.’’ One of the only brave people who dares to call him by his name is the protagonist, Harry Potter, who’s not afraid of him despite everyone’s warnings about him. Even Voldemort’s followers, known as the ‘’Death Eaters,’’ call him ‘’Dark Lord,’’ ‘’Master,’’ or ‘’My Lord’’ and never use his name as a sign of respect. 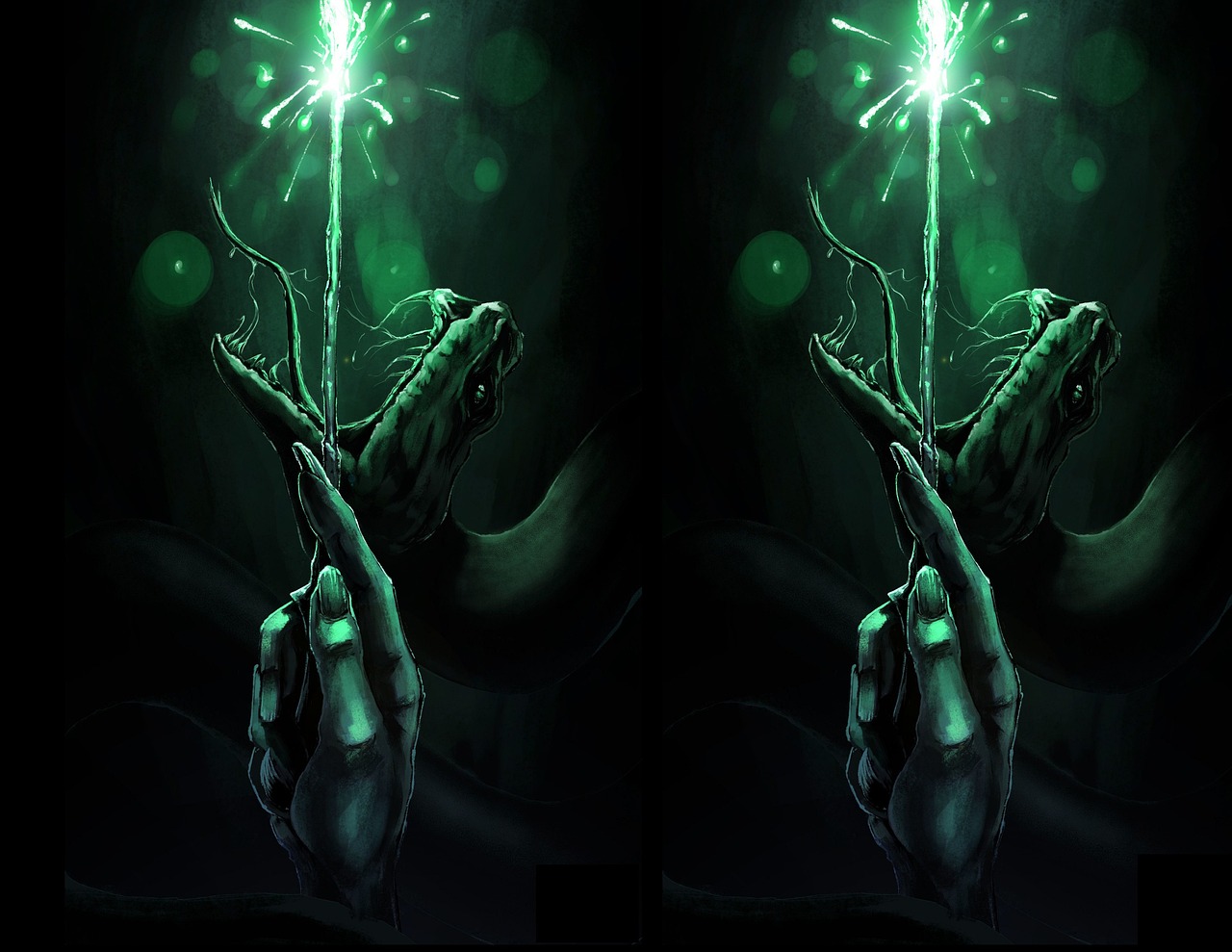 Tom’s past is key to understanding why he became such a ruthless villain with the only aim of conquering the magic world for his evil plans. He was the son of Tom Riddle, a person with no ability to do magic, and Merope Gaunt, a direct descendant of the great sorcerer Salazar Slytherin.

Unfortunately, Tom didn’t have an easy life; he grew up alone in an orphanage after his mother died giving birth to him, and his father abandoned them. Since then, Tom developed twisted and cruel thoughts, and when he got into Hogwarts, he started using his powers to attack other students.

Why does Voldemort not have a nose?

Now that you know a little about Tom’s life before becoming Voldemort, you may wonder when and how this transition happened. You’ll be surprised to know that this transition may be why Voldemort doesn’t have a nose.

How did Voldemort lose his nose?

No clear evidence clarified the absence of the nose of the witcher, nor in the books or the movies. Although it isn’t explicitly explained how Voldemort lost his nose, many reasonable theories could explain the lack of the villain’s nose.

On the one hand, one hypothesis claims that Voldemort lost his nose when he took a potion called Wormtail, more known as Peter Pettigrew. The Dark Lord took this potion in ‘’Harry Potter and the Goblet of Fire’’ because it helped him to get a physical form. This beverage had many bizarre ingredients but mostly snake venom, which was the main component that helped Voldemort fulfill his purpose. It’s believed it also had some reptilian DNA, and when Voldemort drank, it gave him that new form without a nose.

Moreover, as Tom Riddle showed interest in dark magic when he was only a kid, he began experimenting with some dangerous dark potions and spells on him. It’s thought that the moment he started casting those spells, something might have gone wrong, and suddenly Tom acquired that appearance. Also, while continuing to do forbidden sorcery and searching for the long-desired immortality, he found out about the famous ‘’Horcruxes.’’ These things are objects made up of dark magic, which helps a wizard split his soul into different pieces to achieve immortality. After discovering them, Voldemort broke his soul into eight separate pieces, but that spell eventually took a toll on him.

It’s assumed that when his soul was being put on the Horcruxes, this dark magic slowly turned Voldemort’s appearance more reptile, including his nose. This theory is one of the most credible because his snake pet Nagini was one of his Horcruxes. Some fans think that when The Dark Lord bonded his soul with his snake, the link was so strong that it altered his look. Nevertheless, J.K Rowling, the creator of this fascinating world, has never mentioned or given a clue about another character affected by practicing Dark Arts like Voldemort.

Another theory claims that ‘’You-Know-Who’’ was the one who used the Avada Kedavra curse the most, and this caused the alteration on his nose. This spell is also known as the ‘’Killing Curse,’’ and it’s characterized by killing a person instantly without injury. This spell was so powerful, and because the witcher used it multiple times, it might have provoked Voldemort to lose his nose little by little.

On the other hand, a crazy hypothesis affirms that Lord Voldemort always had a deep passion for snakes. The dark wizard was always ruthless with everyone he met, but surprisingly, he loved this particular animal. Somehow, Voldemort found something unique and special about snakes; he thought they were very interesting and fascinating. Therefore, some fans suggest that he could have cast a spell on himself to make his appearance more like his favorite animal.

Did Voldemort ever have a nose?

After all these crazy theories of what happened to Voldemort’s nose, you’ll be surprised to find out that when he made his first appearance, he did have one! In both the first book and movie, The Dark Lord had a nose; however, he didn’t have a whole body, so he had to attach it to professor Quirrel. Nevertheless, when he’s defeated, he goes out from the plot for a bit, but once he returns, we see an entirely different version of the first. In the ‘’Goblet of Fire,’’ Voldemort suddenly appeared without a nose when reborn, surprising everyone. Even though we all knew at the time that he didn’t have a physical form, we never imagined that if he had the power to return to life, he’d look like that.

How does Voldemort end up?

Now that you know what happened to his nose, you may wonder what happened to him after changing his appearance to look like a snake and losing his nose. Despite Voldemort being one of the most powerful wizards the magic world has seen, he was defeated by Hogwarts students. On May 2, 1998, outside Hogwarts Castle, Voldemort vanished once and for all when he tried to kill Harry Potter. When the last Horcrux was destroyed, the feared sorcerer cast the Killing Curse on Harry, but instead, it hit The Dark Lord. After this, Voldemort’s lifeless body struck the floor, ending the magic battle and the Second Wizarding War.

When Harry Potter books and movies about this fantastic magic world were released more than 20 years ago, everyone immediately fell in love with the story. Suddenly, people worldwide showed interest in knowing more about this type of magic and talented wizards who teamed up to defeat Voldemort. Despite being a dictionary school, everyone dreamed about studying there, and many of us are still waiting for our acceptance letter. Therefore it’s not surprising that after a few decades, new fans want to know more and analyze some character’s details, like the missing nose of Voldemort.

Although it’s never explicitly mentioned how The Dark Lord lost his nose, you’ve finally figured out what really happened to him and why he has that horrible facial look. If you already saw all the movies, it might have been weird at first to see that Voldemort had a nose, and then it wasn’t there anymore. However, despite his creepy appearance and the fact that he gave nightmares to our favorite wizards, we all can agree that he was an excellent and well-developed character. Probably one of the best villains of all time!

Do you want to know more about Lord Voldemort?

What happened to Wyatt on American Idol?

The most famous Bond movies of all times

What happened to Owen Wilson’s nose?