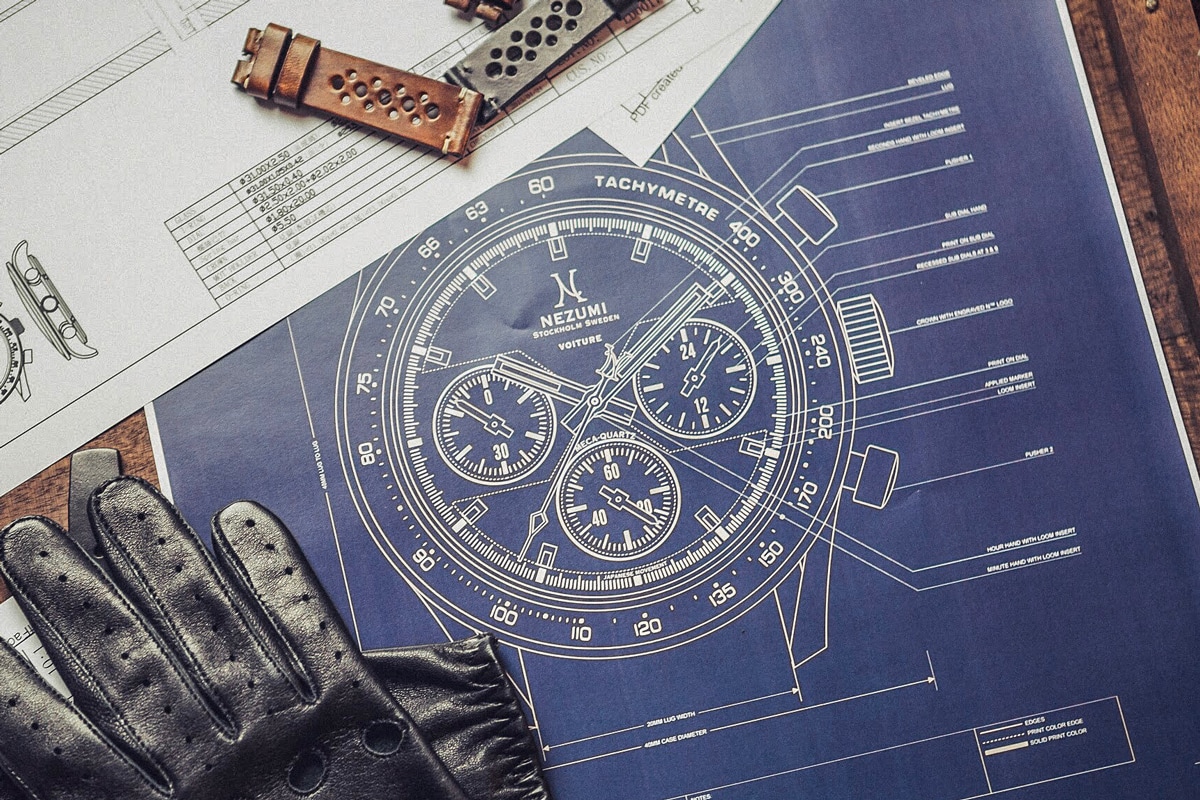 What Is A Chronograph And How Does It Work?

Most people know that a chronograph is a watch. But do you know how it works, what ‘chronograph’ actually means and who invented it? We give you all the information needed to understand what a chronograph is. In addition, we also give you insights on why it’s one of the most beloved timepieces of all time.

Finally, don’t forget to check out our list of the 10 most frequently asked questions about chronographs and get the amazing story about how a chronograph watch saved the Apollo 13 mission!

A chronograph is a display watch with a built-in stop-watch. The timekeeping functionality is simple to use: to operate a classic 3-push chronograph, you simply start the stopwatch functionality by pressing the 2 o’clock pusher. You stop the time by pressing the same button and you can also continue the recording by starting it again. To reset, you push the separate 4 o’clock pusher. In addition to the main display watch, a chronograph typically has three dials: second dial or sub-dial to register the time elapsed and a minute dial and hour dial for longer time recordings.

The reason for chronographs being one of the most popular watch types has to be found in the functionality. With the stopwatch functionality at hand, your display watch becomes a handy tool for many situations. In fact, some use the term “tool watches” for the category of timepieces. This is due to the fact that they have practical functions for tracking or calculating time. In addition, most chronographs also include a tachymeter which is used for tracking the numbers visible on the dial or bezel. This makes it possible to compute a speed based on travel time or measure distance based on speed.

A favorite for the professionals and among the stars

In addition to the functionality, a traditional chronograph still has the classic look of an analog watch making it easy to read. This is why the chronograph has been and still is the preferred choice for pilots, astronauts and even movie stars. James Bond (Sean Connery) wore a Breitling Top Time chronograph with a Geiger counter in Thunderball (1965). Similarly, Steve McQueen wore a Heuer Monaco chronograph in the 1971 movie Le Mans.

The world of timepieces is filled with technical terms and complicated names. If you are a beginner, you’ll probably often find yourself lost in watch conversations and it can be tricky to know where to start. Our advice is that you start with the basics and focus on what you like and are interested in. And be patient! What may seem like a basic ‘instrument’ to some people is what others spend a lifetime to study, collect or admire. In the FAQ below, we answer your 10 most frequently asked questions about chronographs.

The 10 most frequently asked questions

1. What is a chronograph?

A chronograph is a type of watch fitted with an additional timekeeping function that can be used by operating the pushers (start/stop/reset). In other words, it’s a combination of a stopwatch and a display watch.

2. What does chronograph mean?

The term chronograph comes from the Greek χρονογράφος (khronográphos ‘time recording’), from χρόνος (khrónos ‘time’) and γράφω (gráphō ‘to write’). Only early versions of the chronograph used actual writing. This was done via a small pen attached to the index that could then indicate how much time had elapsed.

3. How does a chronograph watch work?

4. How do you read a chronograph?

In addition to the main display watch, a chronograph typically has three dials: second dial or sub-dial to register the time elapsed and a minute dial and hour dial. More complex timepieces can have even more dials.

5. Who invented the chronograph?

The world’s first chronograph was invented in 1816 by Louis Moinet. He made it for tracking astronomical objects. In 1821, Nicolas Mathiew Rieussec developed the first marketed chronograph on request by King Louis XVIII. This piece was made based on his request to measure the duration of horse races.

6. What are the basic functions?

Basic functions in addition to tell you the time on the display watch include the start/stop and reset of the stopwatch. Most chronographs also include a tachymeter which is used for tracking the numbers visible on the dial or bezel. This makes it possible to compute a speed based on travel time or measure distance based on speed.

7. What is the difference between a chronograph and an analog watch?

An analog watch is a traditional watch where you can tell the time via the two moving hands showing the current minute and hour. A chronograph has additional functionality via the stopwatch.

8. What was the first chronograph?

Gaston Breitling produced the first wrist chronograph in 1915. This piece had a central seconds hand, a 30-minute counter and a separate push-piece above the watch crown. In 1925, the separate pusher at 2 o’clock was introduced. Finally in 1934, Willy Breitling further developed the concept into the “3-pusher chronograph” we know today. The Breitling Navitimer from 1952 (created from the two words navigation and timer) is said to be the world’s oldest mechanical chronograph. You can still find these produced today – of course in a modern version.

9. Which is the most famous chronograph?

In our opinion, the most famous chronograph has to be the OMEGA Speedmaster Professional. This watch was used by astronauts on Apollo 13 for measuring the 14 seconds that got them safely back to Earth. Another iconic chronograph is the Breitling Navitimer. The first model named “806” became the official watch for Aircraft Owners and Pilots Association. During the 50s and 60s, the watch was further developed into the Cosmonaut edition with a 24-hour dial to distinguish between day and night in space.

10. What is the difference between a chronograph and a chronometer?

A chronograph is used for recording time with great accuracy (thanks to the stopwatch functionality) while a chronometer is an instrument for accurately measuring time. If a watch is referred to as a chronometer, it has passed a series of precision tests over a 15-day period and earned an official rate certificate from the Official Swiss Chronometer Testing Institute. As a result, a chronometer with the certificate must remain within +6/-6 seconds per day. A chronograph can also be a chronometer.

The watch that saved Apollo 13

In 1970, Apollo 13 was going on a mission to the Moon. Their ambition was to become the third crewed mission to land on the Moon. However, plans changed after what was described as a “pretty large bang”.

“Houston, we’ve had a problem”

One of the oxygen tanks exploded due to an electrical fault and after a short loss of the communication lines, Astronaut Swigert reported the famous: “Houston, we’ve had a problem”. In order to save the astronauts, Apollo 13 was redirected to loop around the Moon to return back to Earth. However, the spacecraft drifted off course while they were trying to conserve as much energy as possible. The spacecraft had to get back on track and avoid the risk of bouncing off the atmosphere and into space. Luckily, the crew figured out that they could turn on the engines for exactly 14 seconds to get on the right path.

The only problem was, how do you tell the time and measure exactly 14 seconds when everything is turned off on a spaceship? Luckily, all three astronauts were equipped with OMEGA Speedmaster professional chronographs which had been a part of NASA’s official kit for manned missions since 1965. The Omega chronograph was used for measuring the 14 seconds that got Apollo 13 safely back to Earth.