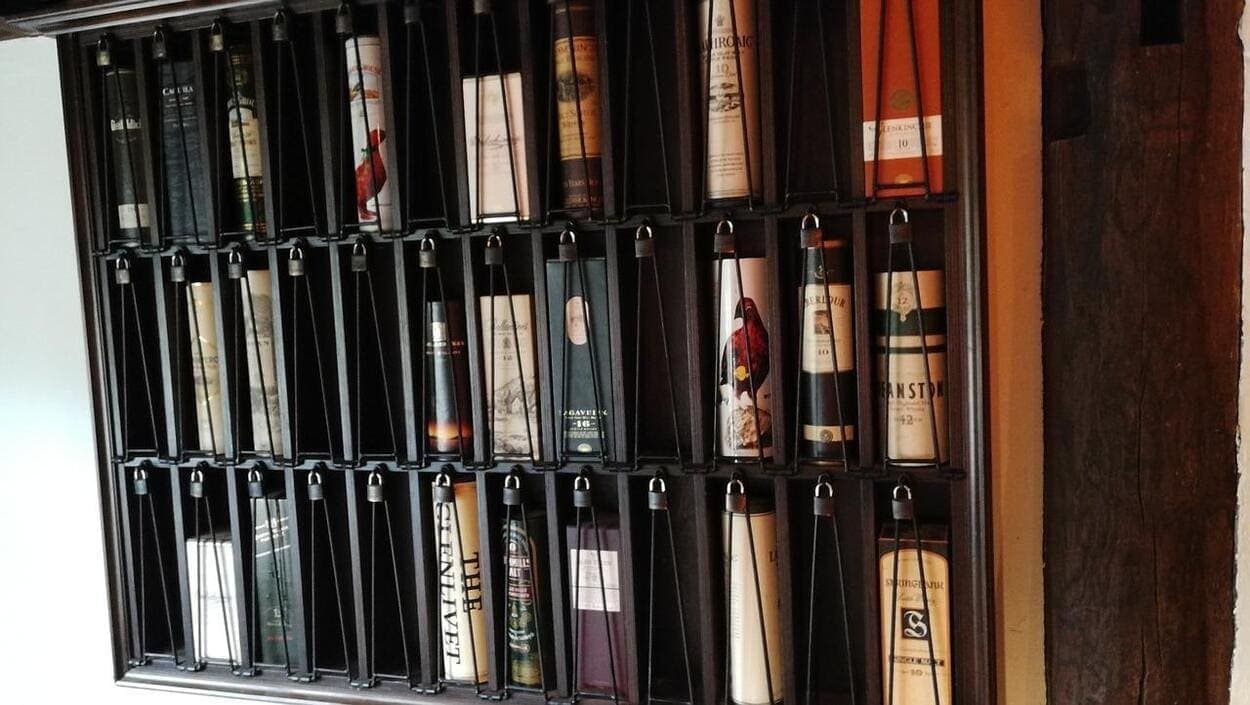 5 most important methods to preserve Whiskey

Here are 5 of the most important methods to consider when storing and preserving your whiskeys:

Whilst wines tend to be stored at an angle or horizontally, whiskey is quite the opposite. Whiskey and other spirits bottled with a cork must be kept upright. Once a bottle of whiskey is opened, it is exposed to oxidization. Once exposed to light and air, corks will start to oxidize, causing the cork to become fragile and brittle with a risk of cork sentiments falling into the whiskey. This also may considerably impact the whiskey’s exposure to oxygen released into the bottle if the cork is loose or broken. Also important to note with regards to the levels of liquid in your bottle – the smaller the amount in the bottle, the greater likelihood of oxidation, which tends to speed up when less than one-third is left of a bottle.

Corks are becoming a novelty and signify a premium spirit. Although recent advancements in bottling methods and major beverage categories have started trading in towards a twist-off format, corks have thankfully retained their legacy with Whiskey. There are, however, a few cons and complications when using corks. Dry corks, for example, become brittle over time if bottles aren’t appropriately sealed, left opened, or exposed over a long period of time and should be monitored for longer shelf life. The recommended maximum storage period once opened is only two months.

Hot tip! Keep the cork moist by tilting your bottles at a slight horizontal angle two to three times a year so that the liquid dampens and refreshes the cork to keep oxidation at a minimum.

It is very important that your whiskey isn’t sitting in direct sunlight or under UV rays. You may have noticed that Whiskey, in particular, is prepared in dark brown bottles to reduce deterioration due to light, so think twice about setting up that outdoor tiki bar as you may reduce the value and flavor profiles of your whiskey with direct light. It’s not just the light exposure that will damage your bottles – it is also the heat. You will see in the next point that we need to “Keep it Cool” when storing whiskey. Not too hot and not too cold.

The recommended temperatures for storing whiskey short or long-term is between 15-20°C. The fluctuating temperatures and humidity can cause liquid to expand and contract, this experiment has a high reputation for destabilizing any whiskey. But it is important to note when we say cool, we are not talking about the refrigerator or freezer – instead, keep it more in line with the standard room temperatures with a backup plan in the summer months and pipping hot days. . When whiskey gets hot, it expands in the bottle, which can eventually damage the seal and let in oxygen. Keep your whiskey in a cool, temperature-controlled room or container.

If you’re the type to judge a book by its cover or consider yourself a collector of whiskey, it is vital to keep the bottles in pristine condition, including the label and even packaging boxes.

Did you know? In 2022, Macallan’s Double Barreled whiskey was awarded a new record in the Guinness World of Records for the most extensive and expensive whiskey sold via auction. This astonishing 86-gallon 32-year-old single-malt scotch whisky, dubbed “The Intrepid”, from Macallan sold for $1,400!

We Wish Your Whiskey Well

To conclude, we wish your whiskey well and hope that you consider these tips for your next whiskey purchase.

By the way – do you know when to spell it “whisky” and “whiskey”? Click here to learn more!