Moon Express aims at being the first private company to land a spacecraft on the moon. And the ambitious grand plan? To build a robotic outpost on the South Pole of the Moon, create human colonies and mine the Moon for natural resources. Join us for an insight to the next level of space exploration!

The ambition for the eighth continent

Moon Express is an American privately held company formed by a group of Silicon Valley and space entrepreneurs. The company is partnered with NASA through a Reimbursable Space Act Agreement that allows Moon Express to invest over $500K into the commercialization of technology developed by NASA. 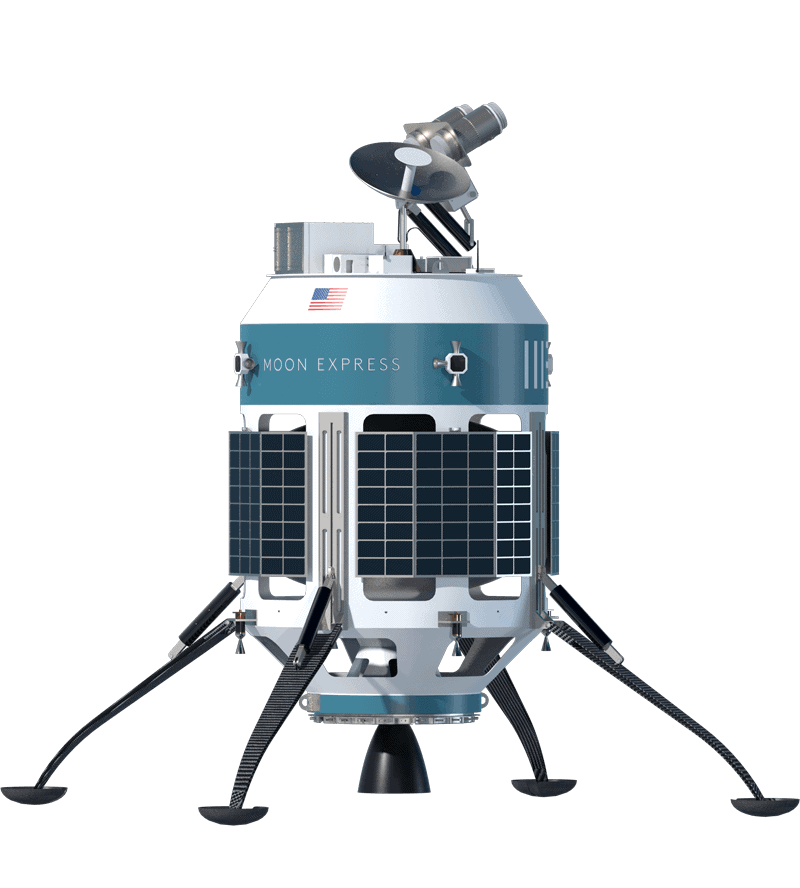 MX-1 SCOUT CLASS EXPLORER A BREAKTHROUGH IN LOW COST ROBOTIC SPACE EXPLORATION. Moon Express was created to collapse the cost of lunar access. The company also participated in the Google Lunar XPRIZE which was a 2007-2018 inducement prize space competition sponsored by Google. Moon Express has a long-term goal of prospecting and unlocking lunar resources, which means eventually mining the Moon for resources such as niobium, yttrium and dysprosium that are rare on Earth.

Rocket science of the future will bring us to the moon

In order to fulfill the grand plan, the Moon Express is creating a new class of spacecraft, called the MX Robotic Explorers. The explorers will be able to land and deliver payloads to the lunar surface. However, the ultimate goal is to have permanent robots on the Moon that can mine the pole for water and minerals — resources that can then be sold for profit.

The MX Robotic Explorers can be configured as landers or orbiters and all use low-toxicity fuels, advanced carbon composites and silicates and a Moon Express PECO rocket engine. The PECO main engine uses RP-1 (Rocket Propellant-1 or Refined Petroleum-1) as fuel which is a highly refined form of kerosene outwardly similar to jet fuel. RP-1 has a lower specific impulse than liquid hydrogen, but is cheaper, stable at room temperature, far less of an explosion hazard, and far denser. The landing thrusters use hydrogen peroxide as a monopropellant. PECO stands for ‘propulsion that is eco-friendly’.

The first expedition called Lunar Scout will be the first commercial voyage to the Moon. Moon Express will use the environmentally green MX-1 lander which delivers flexibility and performance for exploration starting from low Earth orbit. MX-1 is roughly as tall as a person and can land up to 66 pounds on the lunar surface. It is also designed to “hop” across the Moon once it lands.

The Lunar Scout mission will be a technology demonstration flight that includes three payloads: a small optical telescope operating from the south pole of the Moon, a laser retroreflector experiment to perform research on gravity and on general relativity and the a container with some human remains.

The second mission is the Lunar Outpost, a robotic outpost on the Moon and the third mission, called Harvest Moon, would be a sample-return mission.

Check out: The World’s Roundest Object Of Exactly One Kilogram

The Google Lunar XPRIZE (GLXP), also referred to as Moon 2.0, was a 2007–2018 inducement prize space competition organized by the X Prize Foundation, and sponsored by Google. The challenge called for privately funded teams to be the first to land a robotic spacecraft on the Moon, travel 500 meters, and transmit back to Earth high-definition video and images.

The deadline was extended twice in 2015 and 2017 before the X Prize Foundation announced that “no team would be able to make a launch attempt to reach the Moon by the 31 March 2018 deadline”. The US$20 million Google Lunar XPRIZE was left unclaimed as the Lunar XPRIZE continued as a non-cash competition.