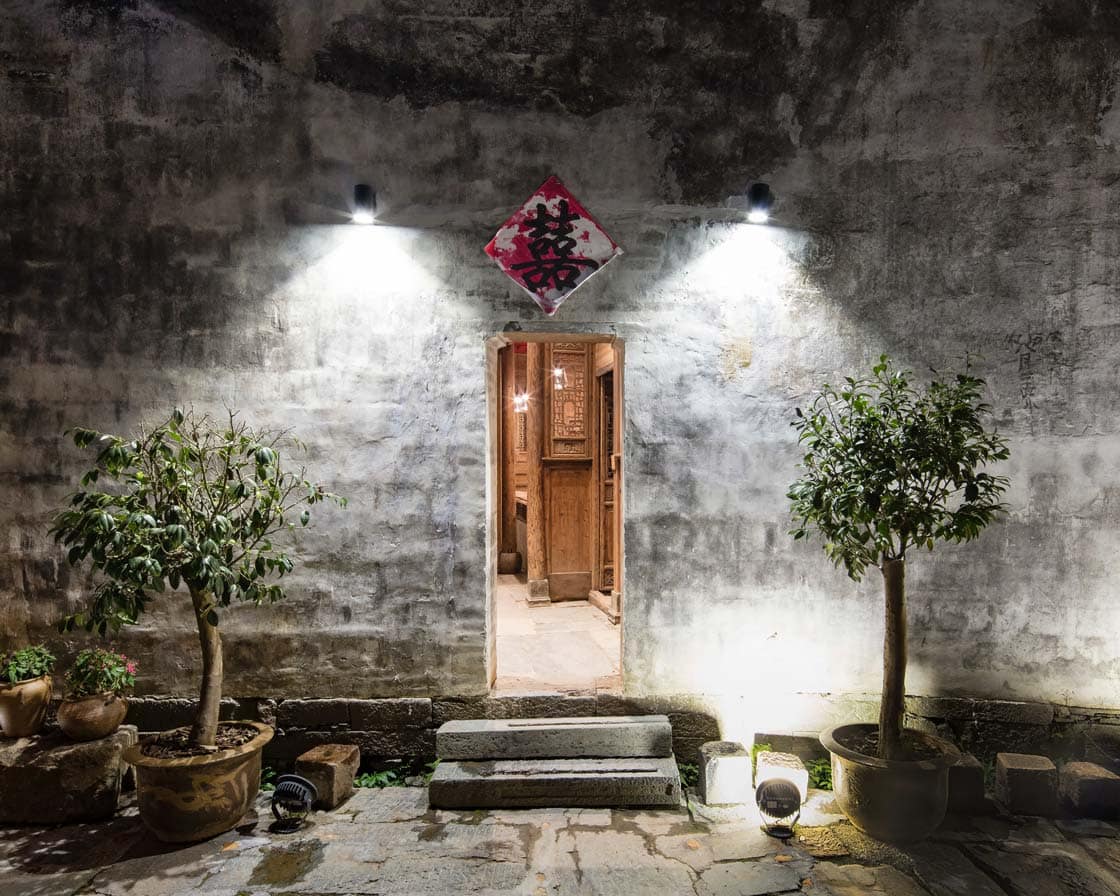 A 300-year old Huizhou-style property in East China’s Jiangxi Province has been turned into a luxury retreat. The Wuyuan Skywells Hotel project has focused on preserving the original building with original wood and stone features rather than modernization – an effort that has been acknowledged with several awards.

Preservation rather than modernization

The property was purchased by a couple earlier based in Shanghai. Using their life savings, they made it their mission to preserve the original mansion. One of their key requirements was to preserve not only the recoverable artifacts but also to recreate the grandeur and elegance that was once associated with the ancient mansion. Due to its remote location, the property was fortunate enough to survive the turbulent 20th century China. It once served as an inn for merchants traveling through the region and was also a haven for Chinese soldiers fighting the Japanese invasion of the mainland. However, the entire property had suffered from neglect for most of the 20th century and was in desperate need of care.

Related: Tower from the 19th-century converted into an exclusive home

A unique aspect of the property was the internal timber frame with ornate carvings. Unfortunately, large parts of the frame had been destroyed due to years of neglect, but the architects managed to find a talented local artisan with the right skills to repair the damage. In addition to the repair, he also rendered replacements for irrecoverable decorative carvings both in traditional style and with his own designs. To reflect the new chapter in the building’s legacy, the main beam in the entrance was replaced with motifs inspired by the owners’ background and story. In this way, the cultural aspect of the property continues.

The team from anySCALE Architecture Design got the major responsibility to renovate the property while respecting and honoring the local architectural history and features. The hotel has 14 suites that perfectly marry modern and traditional features with a Zen-like charm. Original elements in the public areas were retained while the more private spaces have modern amenities in a contemporary style with a blend of warm and cool neutrals.

In order to keep the external appearance and original architecture, the skywells throughout the building were kept and it was decided not to mount generous windows in the suites. Instead, the design team introduced latticed panels on the walls facing the skywells and installed high-quality artificial lighting.

The complete renovation also included the brick and clay walls which were restored according to local tradition to keep the structure cool in the summer. In terms of energy use, the hotel is above the local standard for thermal insulation and wastewater management.

How to find Wuyuan Skywells Hotel

The property is located in Wuyuan, Jiang Xi Province, in China and has a size of 1,385 sqm.

Check out: Is this the world’s most beautiful door?

Panoramic Views of the Rocky Mountain

Breitenbach Landscape Hotel – A Room With a View in Alsace