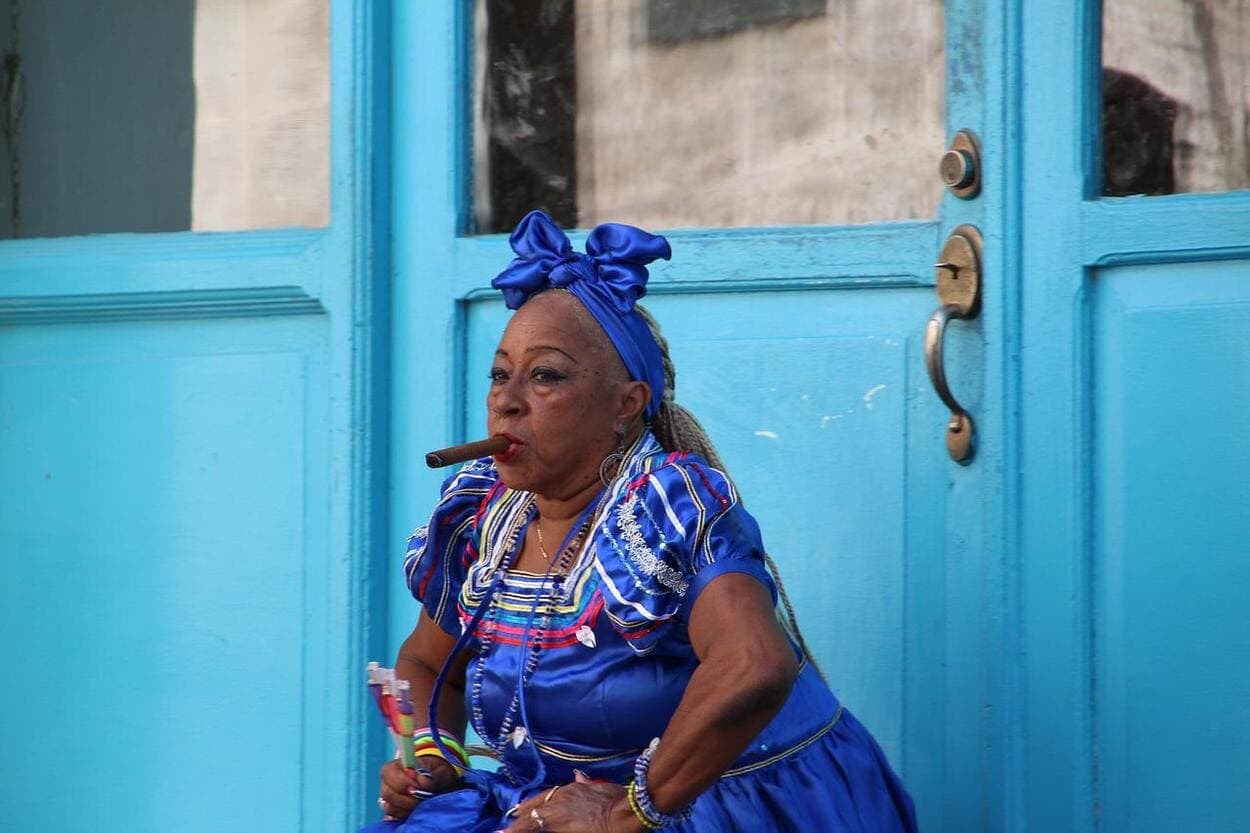 Cuban Cigars – Why Are They The Best and Illegal in The US?

A question that cigar smokers are often asked is probably why they do it. There can be a lot of answers to that, maybe it’s a one-time thing, or you love them and have plenty of experience. Whatever the motive is, the most common reason is that smoking a cigar is an incredibly soothing and relaxing experience, no matter where you are. Therefore, choosing your cigars correctly is very important, especially if you’re a rookie looking for the best-tasting cigars on the market. This can be tricky at first, as there are endless brands and sizes, but you may want to keep reading to figure out which ones are premium quality.

If you are already a connoisseur, you probably know that the best cigars on earth are Cuban cigars, and hence one of the most famous people’s choices when buying. They are world-renowned, and everyone who has had the pleasure of smoking one knows that there’s nothing quite as delicate and tasty.

But what’s so special about them? They are made of nothing less than Cuban tobacco, which is of supreme quality due to their excellent growing and production conditions.

History – How The Cigars From Cuba Became World-famous

The story behind the success and recognition of Cuban cigars is vast. Still, it is believed that the plant was somehow brought from South America many centuries ago, approximately around 2,000 B.C. Back then, it was known as “Cohiba,” mainly used for medicinal purposes, but it was later cultivated throughout the island to give it broader uses. Its boom started when the Spanish explorer Christopher Colombus and his crew arrived to explore Cuba in 1492; they were astonished by this plant and its use. It didn’t take long for them to learn how to grow and produce tobacco, and they later decided to export it to Europe.

Learn more: How To Cut a Cigar

At that moment, cigars weren’t like we know them today; Cubans rolled up the tobacco leaves inside palm leaves. However, the Spanish improved this practice by enrolling them as the cigars we smoke nowadays. Meanwhile, the demand for tobacco grew to unprecedented levels on the island. By the early 18th century, Cuba finally opened its first cigar factory, defining a before and after in the country’s economy.

Despite that, the industry on the island wasn’t centralized, which meant that everyone was independent because there were no official rules to follow, but over time, this changed. The Revolution started in 1959, and with that came the Nationalization by the then-leader Fidel Castro in 1960, making all private companies property of the government and creating a lot of chaos.

Another important event was the emergence of Cubatabaco in 1962, in which the government appointed officials to take ownership of Cuban factories. Still, this strategy didn’t work well because small factories closed. Years later, under that system, all factories were allowed to produce any cigar brand, but it turned out to be a mess because maintaining the quality was hard. To better understand this, in its early stages, Cuban cigar factories fabricated one single brand or, at best, a small brand group, but with the Cubatabaco, that changed.

Luckily, in 2002, it was established that factories are allowed to manufacture any brand, but there would be only one factory in charge of the blend and tobacco choice, leaving all of the others free to roll them later. After that policy, the industry continued expanding, and more factories and plantations emerged across the island. Of course, that improved the quality of renowned brands that still exist and thrive today. 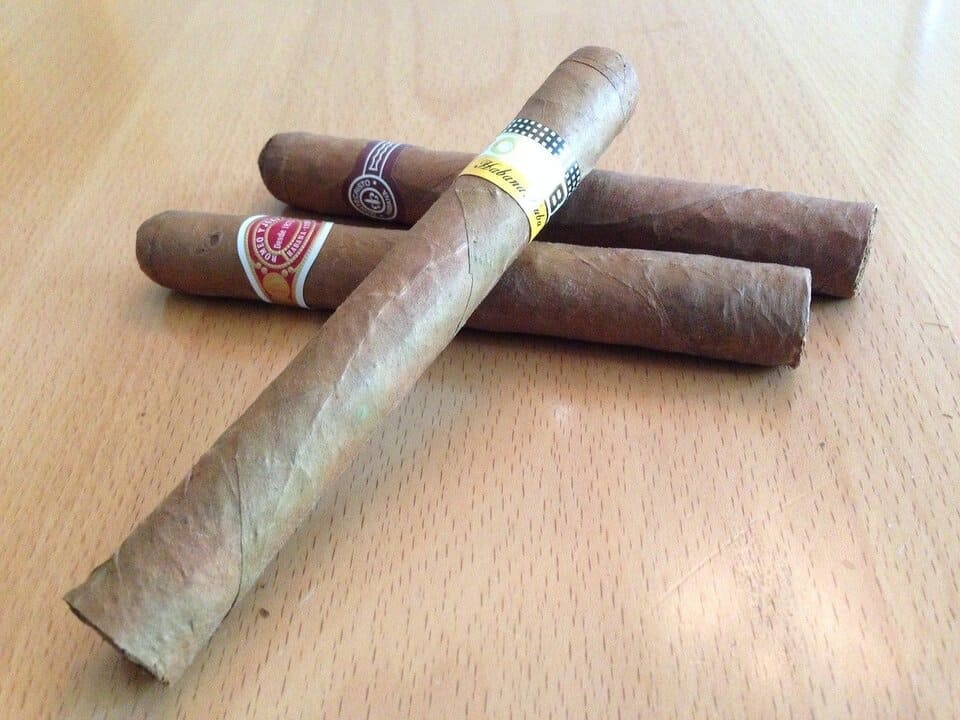 Now that you already know that Cuban cigars are the best ones you will find, you need to know the highlights of some brands so you can smartly decide which to buy. There is a wide variety of unique options; at first sight, they may look almost the same, but everyone has their nuance and flavor; here, you will find just some recommendations.

Established in 1935, for many people, Monte Cristo holds the title of the best cigar in the world. They are well known to be smooth and flavorful, and their range is diverse, but in its beginnings, they only had five sizes. Nowadays, its line has about 30 presentations, attracting smokers of all types and delighting the most demanding tastes with its cedar, spice, coffee, citrus, and more flavors.

These exclusive and fine cigars were the favorites of Fidel Castro, the most important revolutionary and politician of Cuba who had great taste. Cohiba cigars represent nothing but a symbol of a good life, thanks to their perfect craftsmanship that gives them their fantastic taste and quality. The brand offers endless options for cigar lovers, but they are mainly distinguished by their delicious aroma and flavor of coffee and chocolate.

A refined brand of classic medium-bodied cigars that was founded in 1875 and quickly became the favorite of many significant celebrities like Winston Churchill. This is not a surprise if we consider its tasty flavors that are strong but also toasty and creamy, creating the perfect balance and a rich aromatic blend.

Its success is thanks to its stunning filler and binder leaves native to Cuba, where its growing conditions and production are beyond excellent. You’ll be pleased to know that you’ll undoubtedly find the ideal option since the brand is strongly committed to satisfying all smoking needs, even the pickiest ones.

There’s no better place in the world to grow tobacco than in Cuba; its loose, sandy, granular, and loamy soil and its unmatched climate create the perfect conditions to give the tobacco a unique taste. To know which are the most renowned Cuban factories, it is essential to learn a little about the island’s most thriving regions to harvest Habanos. Despite the ideal conditions of the Caribbean island, some areas stand out from the rest: Vuelta Arriba, Vuelta Abajo, Semi Vuelta, and Partido.

This region is located in the far East of Cuba and has two production areas; Remedios and Oriente. Remedios is considered the central and oldest region for tobacco growing, plus it has the critical “Denomination of Origin,” guaranteeing authenticity. Tobacco also increases in the Oriente region but in small proportions compared to Remedios, and that production is not used for Habanos.

It’s the best region in Cuba to harvest and produce Habanos since every type of leaf grows there, expanding the variety of the production. Despite this privilege, unfortunately, less than a quarter of the land has the renowned qualification “Vegas Finas de Primera,” which is a requirement that Cuban cigars must have to produce the unique Havana cigars, which ensure premium quality. 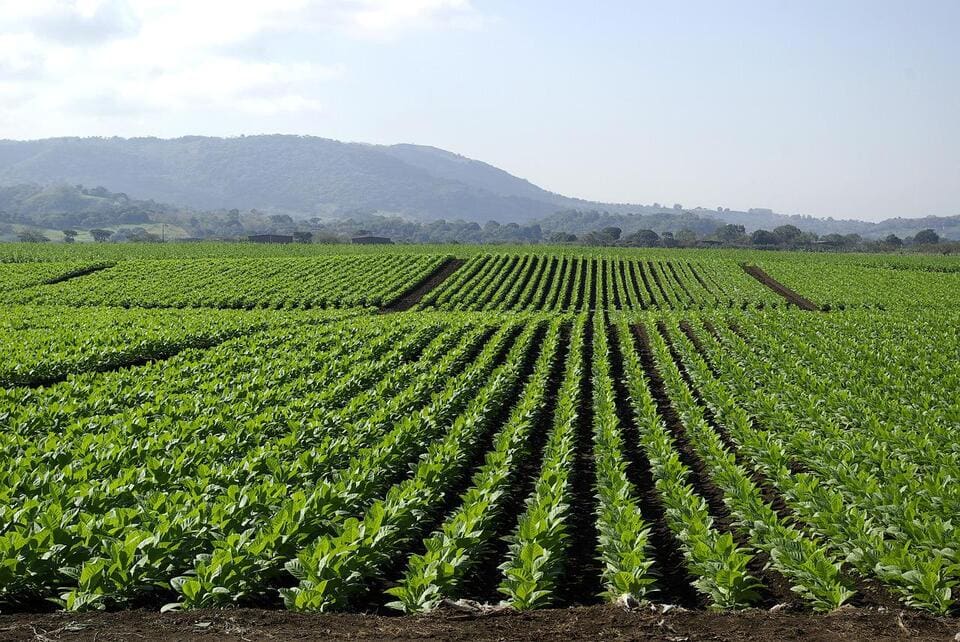 Located in western Cuba is another prime area to harvest cigar wrappers and fillers and cultivate the famous Habano cigars. Even though the site is relatively small compared to others, the leaves there are incredibly full-bodied and more robust in aroma, helping to create perfect and more potent cigar blends.

This area is currently protected by the “Denomination of Origin” and is situated southeast of Havana; it has the best plantation regions for harvesting long-filler and short-filler Havana cigar leaves. This place is magical not only for its wrapper leaves but also for its long and important history dating back to the early 17th century.

That said, you may now want to know which are the country’s greatest Cuban factories, considered landmarks=! Every factory is unique, mainly because of its long history and a solid commitment to sharing with the world the wonderful experience of Habanos. The most popular are Partagas, El Laguito, La Corona, Romeo y Julieta, H. Upmann, Francisco Donatien, Cienfuegos, and Holguin, but here are a few more details of three of them.

Also known as Francisco Pérez Germán and established in 1845 is a historic factory based in Havana; this place has been one of the most prominent landmarks in the country, producing prestigious Habanos since early times. Its cigar collection of the same name is distinguished for its intense and rich flavor and wide range of shapes, colors, and sizes, all of the best quality. It also produces renowned brands like Ramon Allones, Quai D’Orsay, Bolivar, and La Gloria Cubana.

This opulent and elegant mansion was first established in 1966 and is well-known for being the home of the Cohiba brand, making it have the highest quality standards in the whole industry. Besides manufacturing the finest Cohiba cigars, it also produces some other outstanding Cuban brands like Trinidad.

La Corona or Miguel Fernández Roig factory was first opened in 1889 and is one of the major factories in Cuba due to its long history and reputation. These days houses unique brands like Hoyo de Monterrey, Punch, San Cristobal de La Habana, Por Larrañaga, and Cuaba, to mention a few.

Despite being called Cuban round cigars, they’re handmade in Nicaragua and The Dominican Republic with wrappers and short-fillers from these countries. Still, the tobacco seed is from Cuba, giving it the perfect touch to have the same experience as any other Cuban brand. If you haven’t had the pleasure of smoking Cuban round cigars, do it because they will give you an experience you’ll certainly not forget. Thanks to the fine quality of the leaves, you can enjoy a slow burn and an exquisite mixture of the best flavors, but the great thing about them is that they are designed to be enjoyed at any time, making them perfect for almost every smoker.

These flavorful cigars made by one of the largest factories called La Aurora come from Cuban seeds harvested in the best soils in The Dominican Republic. Once you start smoking one, you definitely won’t want to stop since its flavors are entirely natural and mellow. Some of the fantastic flavors in their collection include coffee, cherry, vanilla, and honey, giving you a unique pleasure you have never experienced before.

Why Are Cuban Cigars Illegal in the U.S.?

Sadly, Cuban cigars have been illegal in the United States since 1962 when the then president John. F Kennedy applied a trade embargo, making it impossible to import any goods from Cuba to the U.S. This shocking decision was to attack and weaken the communist regime of Fidel Castro during the Cold War period. Six decades later, this decision hasn’t been removed.

Thankfully Cuban cigars are not only sold in Cuba; as a result of this vast and profitable industry, you can buy them all around the world, giving you access to join the thousands of Habano aficionados. Besides, they can also be found on many web pages and shipped directly to the comfort of your home without spending a fortune traveling to somewhere else to get them. A little advice is to be very careful to find reliable online pages, as some sell fake and will try to trick you into thinking you’re buying pure Cuban cigars.

What kind of cigars did Al Capone smoke?

How to Store Cigars