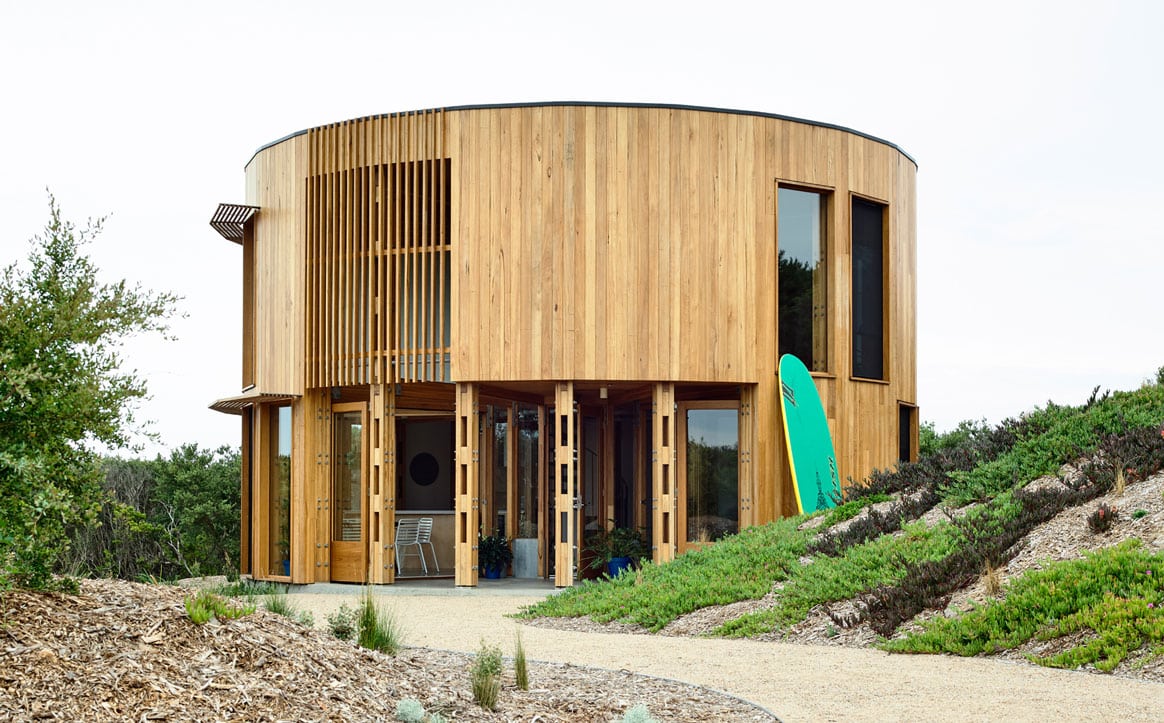 The beach and surf lifestyle has always exuded a calm, carefree vibe that many architects have tried to replicate in their designs. And so far, the results have been phenomenal. Ocean Home Magazine has highlighted some of the best works to date, such as Kaa Designs’ beach house in Southern California and Brillhart Architecture’s open wall concept. Ultimately, what they also prove is that you don’t always need luxurious mansions and maximalist furniture to build a dreamy, romantic space.

However, it’s one thing to see it in photos, and another to witness and experience it in real life. From modest hostels to five-star hotels, here are some of the best surf-inspired buildings around the world.

When designer Nina Freudenberger was writing her book Surf Shack—a compilation of some of the best surfers’ homes in the country—back in 2016, she knew she needed to move out of her house ASAP. “[These homes] just felt so refreshing, but also so chill—nothing was precious, nothing was fancy,” she said in an interview with Vogue. So, the following year, she bought a mobile home in Malibu and turned it into one of the most inspiring beach houses on the West Coast. From its open windows to its monochrome palette, Freudenberger’s abode is every surfer’s dream come true.

The Vessel is a hostel in the Philippines that’s locally famous for its rustic, surf-inspired design. It certainly helped that its architects are avid surfers themselves, and who have settled in surf town La Union to be closer to their sport. La Union places high on Daydreaming in Paradise’s best surf spots in the Philippines, and its proximity to Manila has made it a particular favorite for weekend warriors looking to destress before hopping back on their grind. As people continue to gravitate to these surf spots, design-savvy architects seek to build more spaces that marry classic minimalism with a more laid-back, all-natural aesthetic.

Much like the Vessel, St. Andrews Beach House is located within driving distance from Melbourne, making it the perfect choice for a quick weekend getaway. Its design is an echo of the New Zealand word “bach” or “very modest,” so the entire thing is simple in appearance. In fact, the design is reminiscent of that of a traditional surf shack, so it definitely feels like you’re living on the beachside even though you’re not (of course, the waters are still walkable from there). Plus, it’s eco-friendly, with lights powered by solar panels and toilets flushed with rainwater.

From the Lau Pa Sat clock tower in the Central Business District to the Esplanade concert stadium along the bay, Singapore has always been renowned for its contemporary architecture. One of the city’s greatest modern architectural feats is the Marina Bay Sands, which is also one of the most luxurious hotels in Asia. Forgoing subtlety altogether, architect Moshe Safdie took a literal surfboard (called the “SkyPark”) and perched it on top of three glass towers. Marina Bay Sands still manages to keep its beach charm, however, with its clean, beach hut-inspired rooms and breathtaking sunset views atop the SkyPark.

Whether it’s the design overhaul of Freudenberger’s before-mobile home or the contemporary surfboard motif of Marina Bay Sands, architectural design has always pushed the boundaries of creativity. And nothing proves this point more than these surf-inspired buildings.